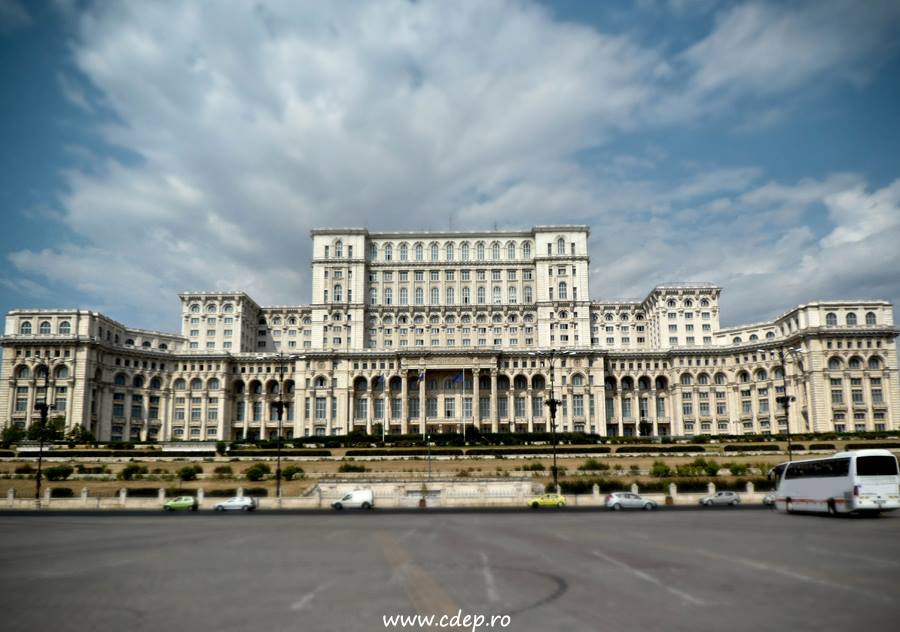 Thanks to the courtesy of the Romanian Parliament - Chamber of Deputies, the event will be hosted at the Palace of Parliament, Constantin Brâncuși meeting room. The Palace is one of the biggest turistic atractions in Bucharest, Romania being located in the city center.

About
"Built by Communist Party leader, Nicolae Ceausescu, the colossal Parliament Palace (formerly known as the People's Palace) is the second largest administrative building in the world after the Pentagon. It took 20,000 workers and 700 architects to build. The palace boasts 12 stories, 1,100 rooms, a 328-ft-long lobby and four underground levels, including an enormous nuclear bunker. When construction started in 1984, the dictator intended it to be the headquarters of his government. Today, it houses Romania's Parliament and serves as an international conference centre. Built and furnished exclusively with Romanian materials, the building reflects the work of the country's best artisans. A guided tour takes visitors through a small section of dazzling rooms, huge halls and quarters used by the Senate (when not in session). The interior is a luxurious display of crystal chandeliers, mosaics, oak paneling, marble, gold leaf, stained-glass windows and floors covered in rich carpets. The Palace of Parliament it is the world's second-largest office building in surface (after the Pentagon) and the third largest in volume (after Cape Canaveral in the U.S. and the Great Pyramid in Egypt) The crystal chandelier in the Human Rights Hall (Sala Drepturilor Omului) weighs 2.5 tons Some of the chandeliers have as many as 7,000 light bulbs." (Source).
Follow Romanian Parliament - Chamber of Deputies on Instagram